HONOLULU – The state Department of Business, Economic Development and Tourism (DBEDT) announced today that Georja Skinner, DBEDT’s Creative Industries Division (CID) chief officer, will be speaking at a summit in Washington D.C., hosted by Creative World, an annual gathering of leaders in the creative industries from around the world to collaborate on global initiatives.

During the first-ever “World Summit on The Creative Economy and Creative Industries,” participants will hear about urban and regional revitalization, the role of creative industries in social development, and unleashing the creative talents of the youth. 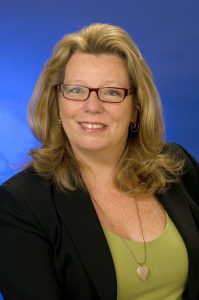 Skinner will be speaking on Hawaii’s Creative Industries role in innovation and will highlight the launch of the Creative Lab Hawaii Accelerator during the “Urban and Regional Revitalization and the Creative Economy” panel on July 27 from 10:40 a.m. to 12 noon (EST). Along with fellow panelists from Creative Oklahoma, Indonesian Creative Economy Agency and the World Bank, she will be among representatives from 14 nations and diverse backgrounds, organizations and disciplines speaking at the two-day summit.

The Creative World Summit will also be streamed live on the internet via YouTube at: https://www.youtube.com/watch?v=qiflD4XnzO0

In addition, DBEDT’s Creative Lab Hawaii will be represented by its executive director, Michael Palmieri, who will be a featured speaker on the “Redesigning Learning for the Creative Economy” panel on July 28 at 2:30 – 3:50 p.m. (EST). 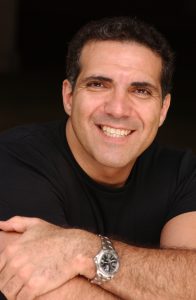 “We are thrilled to represent Hawaii on a national and global level,” said Skinner. “We welcome this dialogue among leaders who are paving the way in their respective regions, contributing to the current worldwide conversation on the value our creative, cultural and innovation industries in the 21st century.”

The Creative World Summit recognizes that the growth of economies in every nation, region and town depends on the effective generation of new ideas, processes and business models, which rely on imagination, creativity, innovation and design.

About Creative World
Creative World highlights the global importance of six interactive concepts: creativity, design, imagination, innovation, invention and entrepreneurship (in all its varied cultural, social and commercial forms). When two or more of these six concepts are put into play with one another serious positive transformations across commerce, culture, education and government frequently occur.

About CID (Creative Industries Division) and Creative Lab Hawaii
CID, a division within DBEDT, is the state’s lead agency dedicated to advocating for and accelerating the growth of Hawaii’s Creative Economy.  Through initiatives, program development, and strategic partnerships, the division and its branches implements activities to expand the business development, global export and investment capacity of Hawaii’s arts, culture, music, film, literary, publishing, digital and new media industries.  The Creative Lab Hawaii (CLH) program is designed to accelerate the growth of Hawaii’s creative entrepreneurs through immersive, hands-on training in broadband/new media, producing, screenwriting, interactive media, music and design/fashion.  Funding for the Creative Lab Hawaii program is made possible through the Legislature’s allocations to the Creative Industries Division/DBEDT, supporting the state’s HI Growth Initiative and is federally funded by the U.S. Department of Commerce, Economic Development Administration (EDA) to build a pipeline of skills development from the DOE, connecting to University and then to Industry.