FLUX Hawaii General Store to Pop Up in Venice, California

FLUX Hawaii General Store to Pop Up in Venice, California

Honolulu, Hawaii – The FLUX Hawaii General Store, presented by Hawaiian Airlines, will pop up on “the coolest block in America,” Abbot Kinney Boulevard in Venice, Los Angeles, from September 2–5, beginning with an invitation-only VIP launch event hosted by Klick Communications on Thursday, September 1. Following the pop up, Nella Media Group and Klick Communications will take Hawaii on the road to New York City. There, the Hawaii team will host pau hana (happy hour), dubbed the Lei Over, to highlight what’s happening in the Islands and to profile Hawaii’s creative talent. For more information visit events.fluxhawaii.com.

The FLUX Hawaii General Store is made possible with support from Hawaiian Airlines, Creative Industries – a division within the State of Hawaii Department of Business, Economic Development and Tourism (CID/DBEDT), Starwood Hotels & Resorts in Hawaii, and BAM! (Best Anything Message), a free app at www.BAM.me that allows users to upgrade their communication.

After two successful years in the Big Apple during New York Fashion Week, the FLUX Hawaii General Store will make its way to the West Coast with a lineup of nearly 70 Hawaii-based artisans and brands. Store items will span fashion, accessories, homewares, skincare, food, drink – and even Hawaii-inspired pet supplies.

“Each of our events is designed to showcase Hawaii as a truly unique and contemporary destination,” said Jason Cutinella, CEO, Nella Media Group. “We consider ourselves ambassadors of the state when we take the show on the road and invite anyone with an interest in our community to join us at the FLUX Hawaii General Store.”

The invite-only Lei Over event in New York City will be held at a Manhattan-based, Hawaii-inspired hot spot. 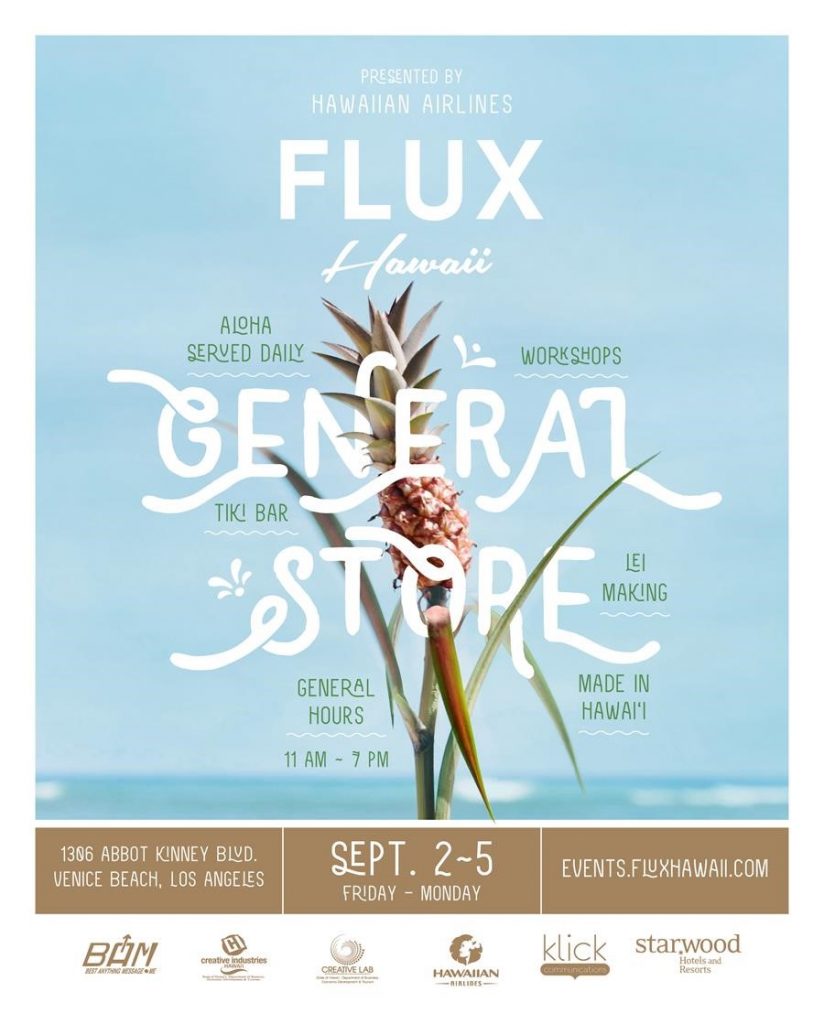